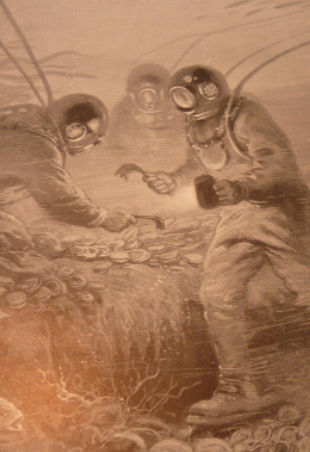 Lead diving boots found on the bank of the Cedar River north of Austin. Could these have been used pearl diving? 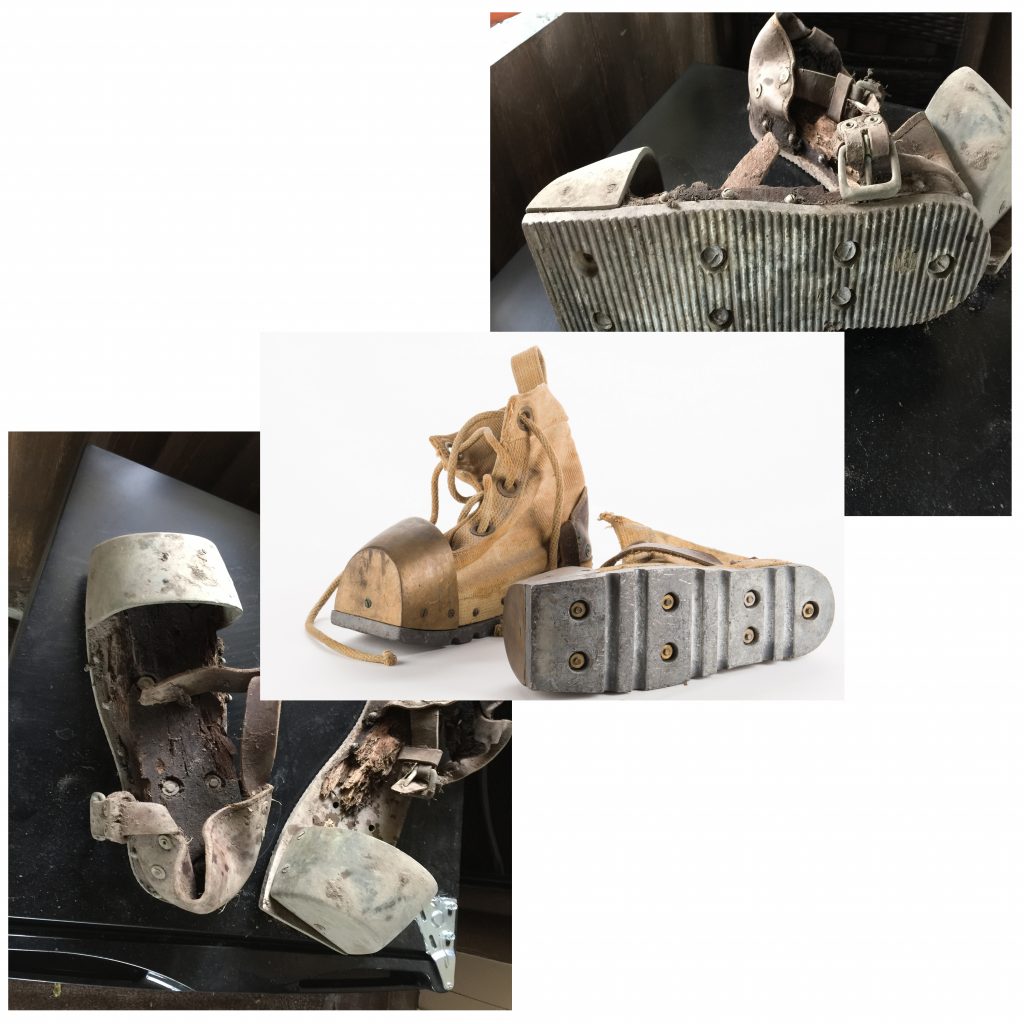 In 1861 pearls were found in clams in the Cedar River.
Pearl pickers waded in the creeks and rivers to hunt for clams.1

In 1861 George A. Hormel started his meatpacking plant in Austin, Minn. in a small creamery on the bank of the Cedar River, only to be over-shadowed that year by the excitement of the discovery of pearls in the Cedar River south of Austin.

The discovery of pearls came at a very important and colorful time, not only in the history of Austin, but also Lansing Township.

There was a time in the early history of the “Pearl City,” as it would be called, when articles appeared not only in the Austin Register, but newspapers throughout the state of Minnesota, where Austin was referred to as the “Pearl City.”

The articles went on to say there was a crew of men working on the Cedar River south of Austin who discovered pearls in the fresh water clams. It also reported the pearls had a value of $900 and that the jeweler also found a single pearl worth $200.

The saga of Austin becoming Pearl City, when it was a small village and the discovery of pears opened the door for a new industry in the little settlement.

John Boepple was a poor button-maker who lived in Germany.

He made his living making buttons from bones, turtle shells and salt water clam shells.

One day he received in the mail a package of fresh water clam shells from a friend in America, who was aware of Boepple making buttons, and sent him some fresh water mussel shells to experiment making buttons.

After some research, Boepple not only discovered they could be used in the making of buttons, but also to mass produce buttons.

Boepple was an industrious person and could see an opportunity if he could immigrate to the United States where there was an endless supply of fresh water mussels throughout the Mississippi River Valley, that included Iowa, Illinois, Wisconsin and Minnesota, where the rivers and streams were spring fed with cold water and made ideal breeding grounds for fresh water clams.

In time he was able to immigrate to the United States and kept experimenting with fresh water clams.

Unable to speak English, the German immigrant had a hard time getting started when he came to the Upper Midwest. He was able to make some contacts and in time he was able to sell his idea of mass production.

In a few years Boepple’s idea of mass production caught on and in time he had a company with automated button machines and a hundred people working for him.

It wasn’t long and there were small button factories making buttons from clam shells wherever there was a river or stream and an abundance of freshwater clams.

Unlike the South Sea Islands, American clam-seekers didn’t have to dive into deep water to harvest clams. The clam-pickers would wade the creeks and rivers in shallow water with their pants rolled up as high as they could get them.

Some wore bathing suits and some boys would be “skinny dipping” seeking the clams wherever the water was calm and clear.

The worst thing that might happen would be to get cut on an open or broken clam shell.

There were some clam-pickers who used a long stick with a special hook on the end to snag the deeper clams they couldn’t reach without getting wet.

When they got as many as they could handle on shore, they would run a knife blade between the two shells to kill the clam. The shell would open up exposing a yellow-tan-colored foot that was called a “pseudopodium” about the same color as the yellow flesh inside the clam shell.

The picker would run his fingers into the soft flesh inside feeling for a pearl.

It was very rare to find a one. Pickers went through countless numbers of clams without ever finding one.

There were some pickers who would save them in a Copenhagen snuff box or Prince Albert tobacco can.

When the shells were washed and dried they would deliver them to the button factory in Austin.

If the shells met the requirements for the button factory, the clam-pickers were paid about two and a half cents a pound for their clams.

By the time they realized they were destroying their source of supply, they had killed off most of the breeding stock and it was too late.

They also had to compete with new materials and products used in mass production: glass, plastics, wood and metals.

Then came zippers, which changed the button industry forever.

Before the discovery of fresh water clams in the Cedar River near Austin, William Cutler established the Austin Button Company.

For the Austin Button Company it was the extremely durable substance of which clam shells are made that was in demand.

Cutler was in the business of making cloth-covered buttons, which were very popular at that time.

Having a button company and being located near the Cedar River where there was an abundance of fresh water mussels was an ideal situation, when they started to make buttons from clam shells.

Cutler started making buttons from clam shells and his company grew and prospered.

The Austin Button Company was passed on to the next Cutler generation and they expanded the button company into a general merchandise business. They had salesmen on the road covering over a hundred miles in every direction from Austin, selling more than 700 different items, including everything from combs and buttons to Fourth of July cap guns.

Times were changing fast by the time the third Cutler generation took over. It was still a family affair and they also had salesmen on the road, but the wholesale business was a lot of work and there was strong competition.

The supply of clam shells in the Cedar River disappeared and with it an industry.

Buttons became a small part of the Cutler family’s business and eventually the Austin Button Company after three generations buttoned up and closed.

Editor’s Note: Portions of the preceding account were written by Richard E. Hall and reprinted with his permission in the interest, he said, of “preserving Austin history.”
2 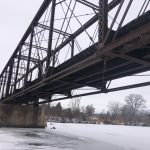 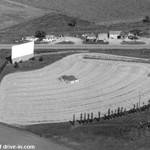